The 213th meeting of the Kosovo Prosecutorial Council is held

Prishtinë, 14 April 2022 – The Kosovo Prosecutorial Council (KPC), chaired by Jetish Maloku, held its 213th meeting, in which a number of items were approved, foreseen by today's agenda.

At the beginning of the meeting, KPC approved several reports, such as: Report of the National Coordinator for Combating Economic Crime for the period October-December 2021, then the Annual Report of the Oversight Committee for the implementation of the Strategic Plan and Action Plan for Fighting Corruption and economic crimes for 2021 and the Report of the Commission for the recruitment of new state prosecutors, together with the proposal of the Commission for the appointment of these respective prosecutors.

At the end of this meeting, three voluntary agreements were approved for the alleged disciplinary violations, for which the relevant decisions will be made public as provided by law. 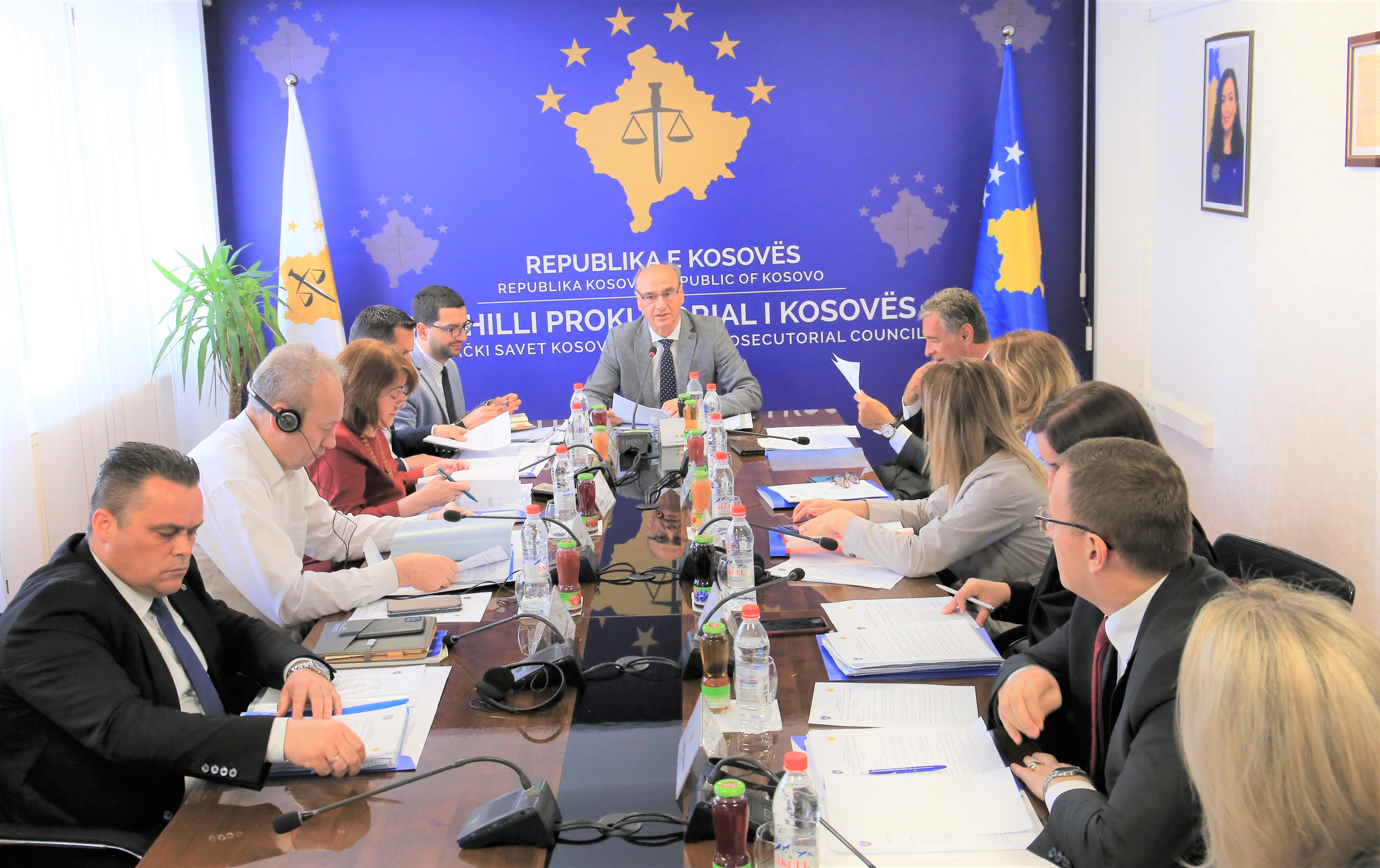