Reaction from the Kosovo Prosecutorial Council

Prishtinë, 11 August 2021 – The Kosovo Prosecutorial Council (KPC), as a constitutional and independent body, is being unjustly attacked continuously and unreasonably by the Ministry of Justice, as happened in today's conference of Minister Albulena Haxhiu.

The assistance that the executive power can give to the prosecutorial system is the proposal of adequate laws in coordination and cooperation with the Prosecutorial Council and the State Prosecutor to advance the position of these institutions and to meet their needs in the realization of the constitutional and legal mandate, as defined by the separation of powers.

Public trust in the institutions of justice cannot be gained by attacking these institutions every day with certain claims and inaccurate and unfounded data, because it does not contribute to the cooperation of institutions.

Even today we inform the public and the Minister of Justice that the payments of forensic experts are made on the basis of legal acts and bylaws, issued by the Assembly and the Government of the Republic of Kosovo. Also, forensic experts are officials operating within the Ministry of Justice, so we have addressed this ministry in order to review the Administrative Instruction, because the State Prosecutor finds it impossible to carry out his mandate without their expertise.

Instead of attacks, denigrations and misinformation about independent institutions, in this case against the KPC, the Ministry of Justice should work as soon as possible to issue the necessary bylaws that regulate this issue, because the Kosovo Prosecutorial Council is obliged to continue to compensate the services of forensic experts based on current bylaws.

As far as the public is aware, the costs of the experts falls into burden of the defendants who are found guilty by a final judgment of the courts.

The Kosovo Prosecutorial Council does not select forensic experts to do their professional expertise, but they are appointed by the Institute of Forensic Medicine, which is within the Ministry of Justice and this is done according to "friendships" within these two institutions.

The prosecutorial system exercises its mandate and will always exercise it in accordance with the Constitution and applicable laws and never according to the wishes of press conferences and unfounded and unprofessional statements of anyone.

The Prosecutorial Council remains committed to increasing inter-institutional cooperation, but not in the form and manner chosen by the Ministry of Justice. 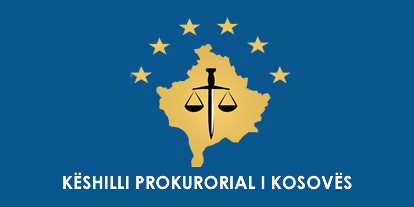