Voting process for the election of KPC members from the ranks of the Basic Prosecution of Prishtina, Ferizaj and Gjilan takes place

Prishtina-Ferizaj-Gjilan, 22 October 2020 - Pursuant to the decision of the Kosovo Prosecutorial Council (KPC), the process of election of KPC prosecutor members from the ranks of seven (7) basic prosecutions has begun, a process which will last three days.

On the second day of the election process, a process which, by decision of the KPC, is organized by the Election Commission and chaired by Mr. Agron Beka, a member of the KPC from the ranks of law faculties, the elections were held in the Basic Prosecution of Prishtina, Ferizaj and Gjilan.

On the third day of this process, the elections will be held in the Basic Prosecution of Mitrovica and Peja. 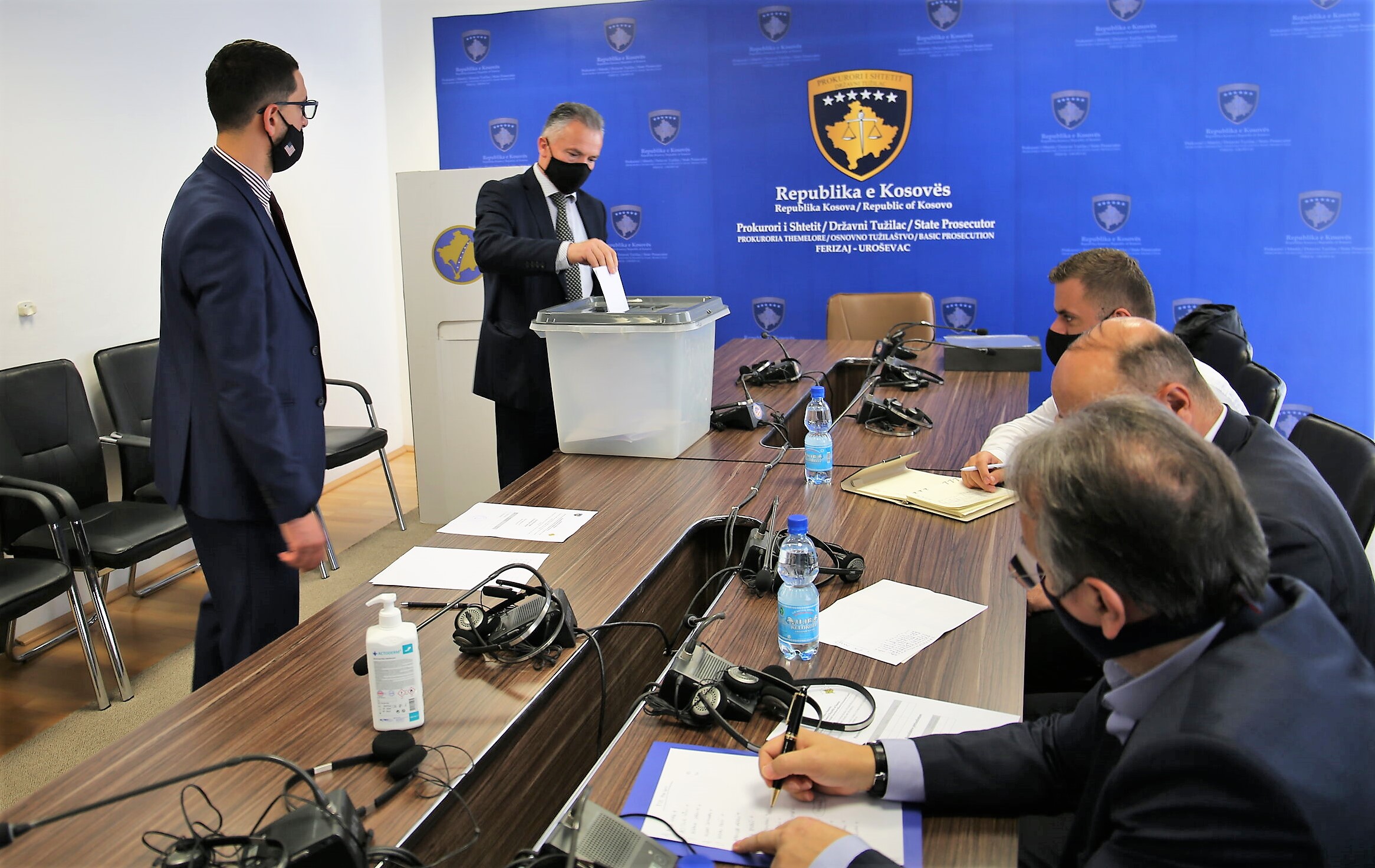 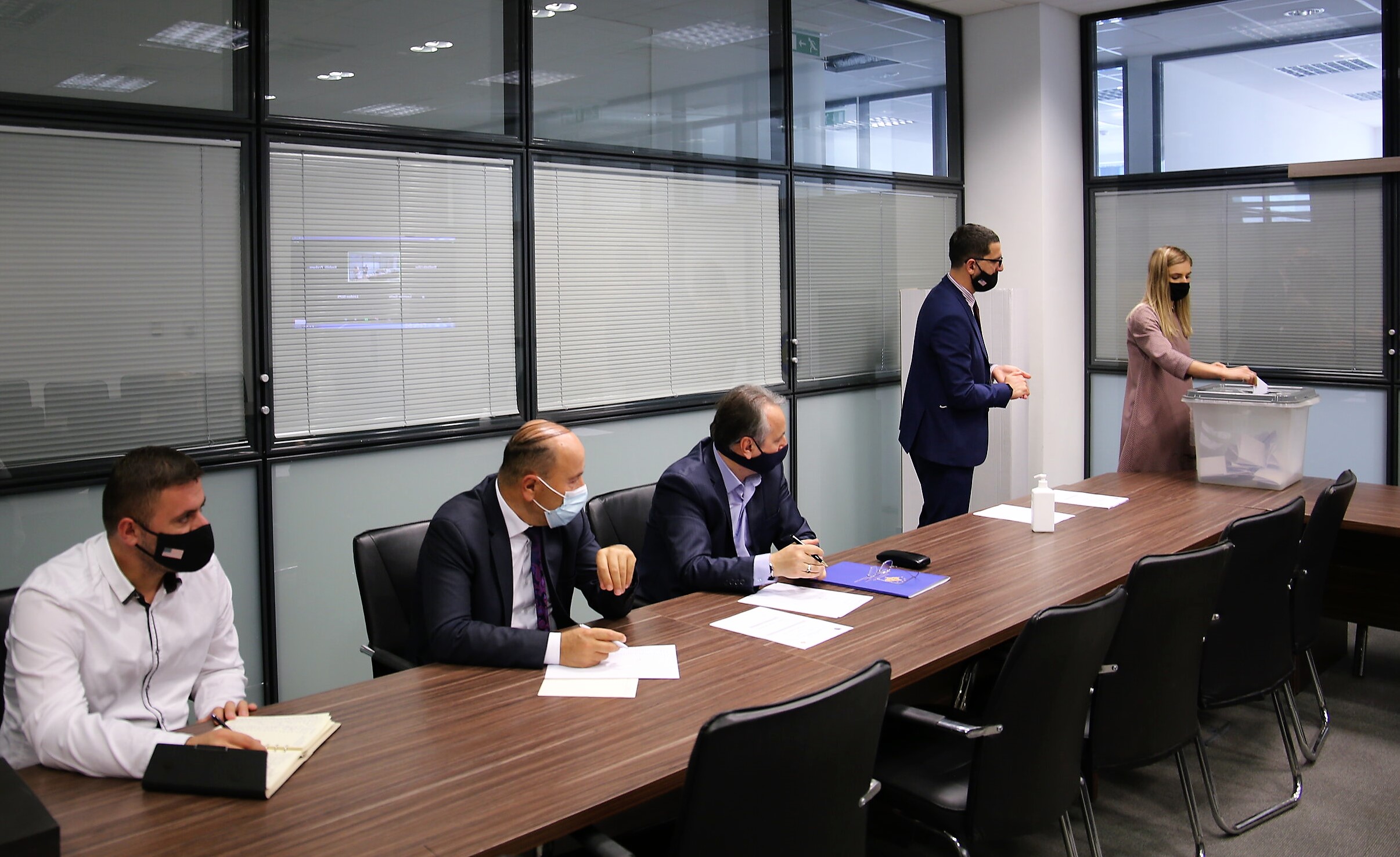 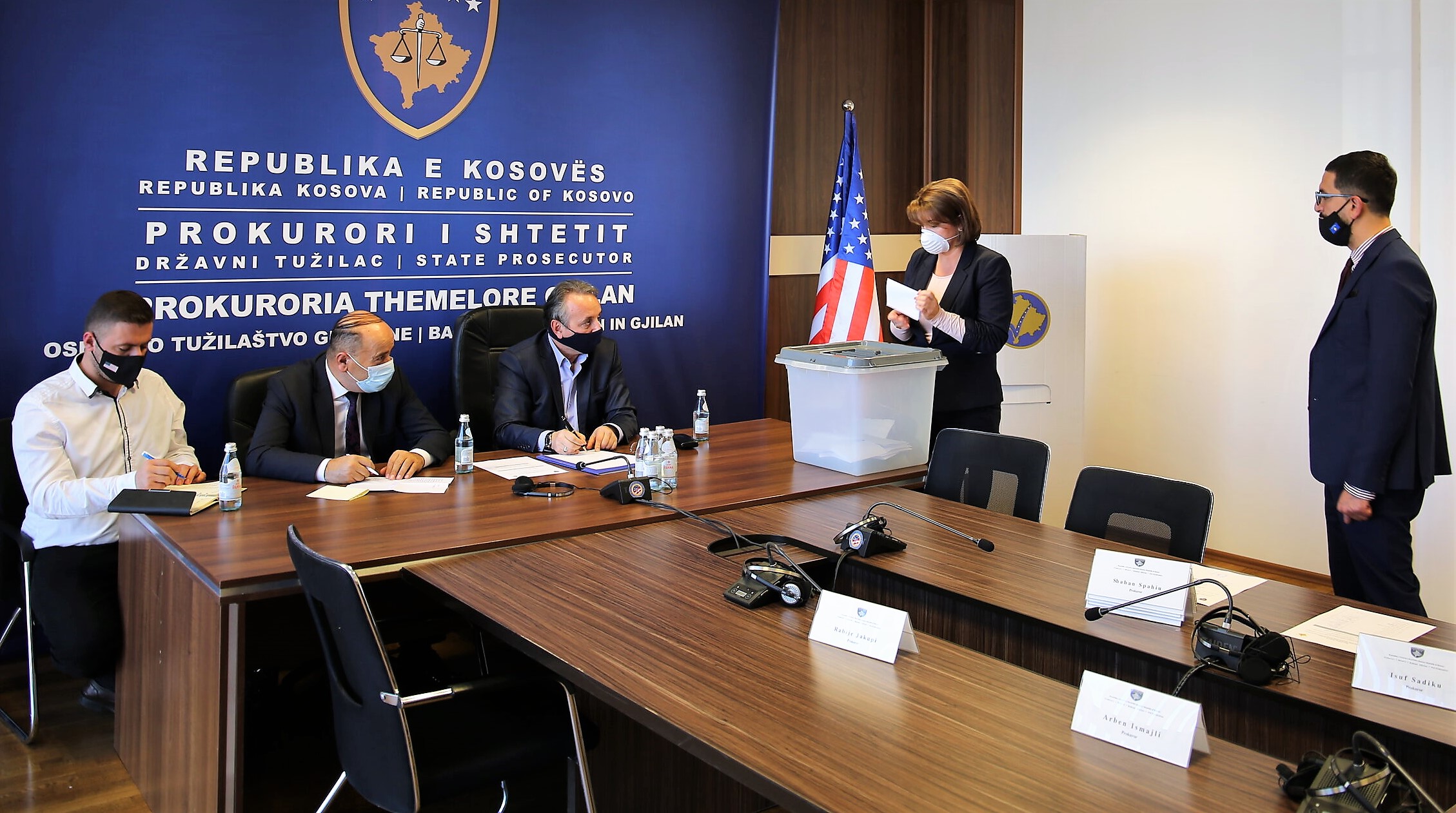